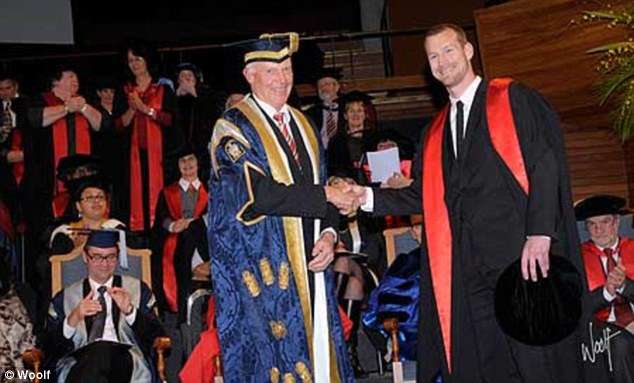 An old time biker druggy type guy commented after a particularly daft session of my sharing at an N.A meeting “you, Tony, are either the luckiest or the unluckiest guy I ever met…”

Without hesitation the reply came from my mouth… “Luckiest“…. Inwardly gulping, my mind took my body elsewhere before having to explain.

Guess the old jail bird had worked it out before asking anyway.

As it transpires I learnt something today, a few years after the above encounter. It is not every day I celebrate learning something, more is the sadness. 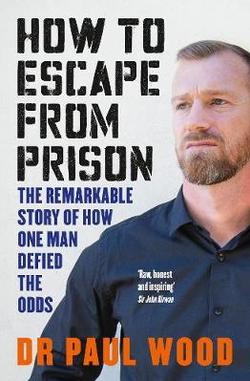 Today, upon finishing Doctor Paul Woods New Zealand best seller “How to Escape from Prison”, I realised my one big take from the book was that LUCK is more the art of some strategy falling into place than pure chance.

Although I paraphrase Pauls philosophical prowess very badly, that is how my little bit of mental real estate will remember it as reading years from now.

Besides… This wording falls in well with my own philostinodiphies involving wyrdnesses and applications of karma… And low and behold, within minutes, I am finding myself out of bed for the first time in a week and turning on a computer with the express intention of avoiding YouTube, Stalkerbook or other such instances of menace that we have enslaved ourselves to.

Having thought of luck as the micro second when risk management, behaviours (some pretty extreme, admittedly) and skills turn from theory into outcome there is no surprise when things work out without killing you. For people like me, anything other than death was a lucky outcome. Wyrd that. Sure doesn’t feel lucky at the time, but considering how extreme the behaviours were…

I guess lucky is a superb, albiet seemingly simple, way of putting things.

About thirty five years ago, although being more interested in sex, drugs, rock n roll, motorbikes, football and tattoo’s there were moments of applied reality. At which times utterances such as “we are walking through life backwards, you can only see where you have been” fell from the tree of my somewhat addled mind into to lap of conscious thought that would be lost as soon as I stood to do something else…  ADHD perhaps? You think? 🙂 Doh… .

My own take on Doctor Paul Wood was somewhat different from his own accounts of himself. When first meeting the Paul Wood who had just murdered Wellington drug dealer, sex fiend and highly questionable character, Boyd B’ it was in Wellingtons Crawford jail just up from Peter Jacksons bolt hole of a movie centre.

Paul stood tall, despite having his share of pimples and other obvious reactions that us tall young white teenagers seem to have in relation to vast drug intakes. For some reason there was little doubt he would Escape from the merry go round of poverty, life, addiction, criminality, drugs, bad relationships, failed jobs and other problems that persist for most of us in jail with violent, drug and dishonesty offenses.

Reading his book, How to Escape from Prison, on sale now via all sorts of places – on audio book even for you overseas people who love to laugh at NZ accents – showed me entirely to be wrong on a few things.

My assumption was not to offer Paul drugs as he was trying to be straight at the time.
Being put on punishment with Pauls mate, “Fish” for trying to smuggle in 200mgs of Methadone and Valium pills wrapped tightly into a “charge” that was never going to fit where it was supposed to. The screw at the time was suspicious of me and my drug dealing friend who were on remand together and it was his girlfriend who came to visit me! Furthermore the fact we sat in the one spot we thought no cameras could see… Later years that screw would be unit boss at the pods in Rimutaka (WRP) I inhabited from time to time.

Anyways, I was going into withdrawal badly from using hundreds, sometimes thousands of mg’s of morphine a day on top of my 165mg methadone dose.  And therefore saving some of the methadone that was still being given to me and giving it away was easy – for it wasn’t touching the side already!

They used to call such high doses of methadone “blockades” in the mistaken belief you could not get enough drugs to get wasted over the top of such a massive daily intake of Nazi opiate juice. WRONG!

SEVERE withdrawals for three months in a cell with his old best friend, Fish, two doors down in the remand wing awaiting trials or sentencing (or both).

Turns out I learnt a few things today after all.

Although some of the learning is obviously for the second or third time.

We are who we are, but that doesn’t mean change and improvement should be discouraged.

A leopard may not change it’s spots, but it sure as hell can refrain from abusing the people who cancelled it’s latest appointment for pain relief surgery.

Sure, it would be nice to have one less reason to be stuck in bed via the pain  subsiding and have some ability to move freely around the shed I currently inhabit and potter away at some projects.

Sure, my life seems pointless to myself at such times of feeling unable.

Sure, it seems to me as though, once again, the CCDHB are stuffing around with any proper chance this particular leopard may have of leading a normal life.

I rung the hospital and talked to lady who was victim of a hurtful phone call. The apology did not quite make it out the leopards mouth as intended, for the hurt and blame I put on them for not seeming to care about my poor pain management difficulties raised it’s backside and dropped it’s trousers minutes into the call.

The Leopard has an inner Monkey or something going on. The ADhD monkey just loves that backside with trousers dropping seemed very appealing and the annoyance at my own predicament was becoming more important than any one thing else – including others well being or happiness, to my own disgust.

But hopefully the lady concerned will feel better about things. Perhaps not now, but when this grumpy single old man living in pain and without love can make good on his own promise to try harder.

Which is a lot more than would have been achieved a few years ago.

My life may appear to be fucked. Mainly to myself. But as Zen and Paul Wood may have reminded me, I can only see where I have been.

When onwards and upwards seems to be more like a bouncing ball, there is not a lot wrong with taking a bit of rest.

Bed in limited quantities may be okay after all.

Just don’t let it become your master.  Addiction is okay in certain quantities. Just don’t tell the CCDHB Addiction Services. It may get them questioning their very being a little too closely.

Thank you DOCTOR PAUL WOOD for being kind and empathetic enough to write a message. It was entirely his doing after none of my own attempts were successful in getting me out of bed and writing a few words. These words may see the light of day if the author takes a deep enough breath, stops changing the font colours and hits that PUBLISH button.

Images taken from http://www.paulwood.com without consent showing a ceremony from Massey Univershity in Wellington that he attended. Unlike me, who was politely asked not to attend his graduation… Sigh. There is something about owning who you are that others find complicated. Or maybe just needed to allow more water under bridges….

Say something, we want to know... Cancel reply